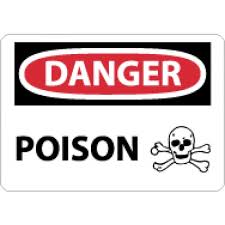 Each year over 80,000 children are rushed to the emergency room for accidental poisonings. This extremely high number may come as no surprise to the parent of a toddler or preschooler due to the way that poisonous substances are packaged today and the fact that young children have a tendency to stick anything and everything in their mouths. Out of the 2 million calls the poison safety hotline each year, over half of them involve a child under the age of 5 and 9 out of 10 of those incidents occurred in their home.

If you are a Gen Xer, you may remember Mr. Yuk, the “yucky” green faced guy/sticker who appeared on television warning kids to stay away from poisons. Between 1973 and 1980, 50 Million Mr. Yuk stickers were distributed to families. Although Mr. Yuk eventually proved to be ineffective, and some would argue that he may have caused more harm than good, we like to think that creator Dr Richard W. Moriarty was on to something. Creating a character, an image, or something that would relay the message of “danger” to young children is no easy task, especially when you want this character to be widely known and recognizable. But what went wrong with Mr. Yuk? He looks “scary” enough, he became widely known via television and 50 million stickers were distributed and placed on poisonous substances around homes across the US. We believe that the reason that Mr. Yuk proved to the ineffective was the lack of story associated with him. Without a story, Mr. Yuk was just a recognizable face to a young child and what stops a young child from sticking that recognizable face, along with the poisons that he was on, in their mouth? Apparently nothing.

Here are the current tips and trends used to inform parents on how to keep kids safe. Visit www.safekids.org/poisonsafety for more.

The Future of Poison Safety 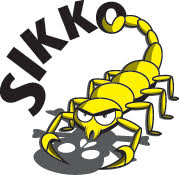 We feel that teaching poison safety aligns with our mission to inspire children to make positive choices and we hope that your child is enrolled in our Fall 2017 unit! Throughout this unit, children will listen to stories about a character named Sikko the Scorpion and learn that he poisons everything that he touches. We are in the process of developing a booklet for all children that outlines this story, can be read by a parent, and also includes parent tips on how to teach this lesson at home. Stay tuned for additional PoisonSafety tips from us throughout the rest of the year!